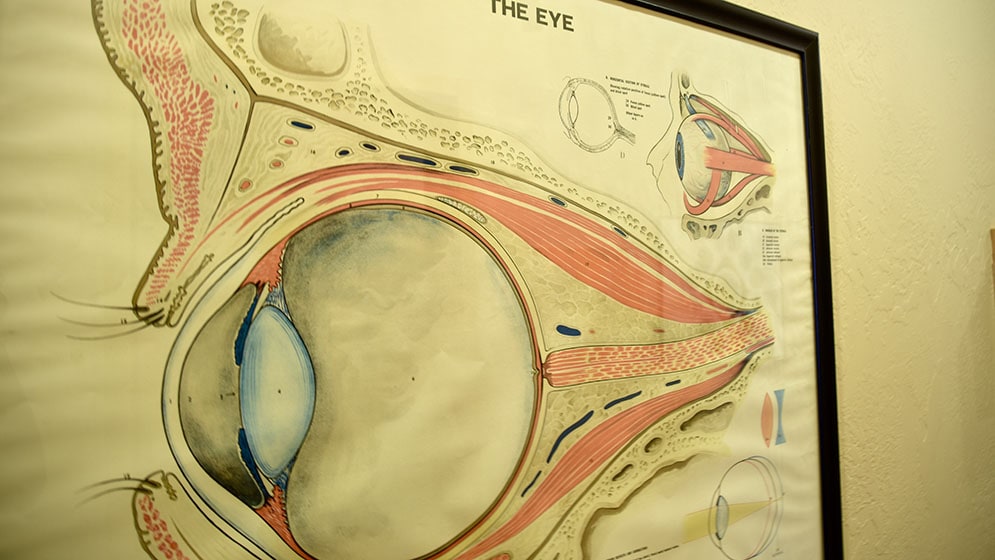 What is Visian ICL?

The Visian ICL is a phakic intraocular lens (IOL) used during refractive surgery for correcting myopia. Unlike IOLs that are used during cataract surgery, the Visian ICL does not replace the eye’s natural lens. Instead, the ICL is placed between the iris and the natural lens. Because the phakic IOL does not replace the lens but supplements it like a prescription contact lens, it is sometimes referred to as an implantable contact lens.

Now, patients who are seeking the latest approved procedures for vision correction or who want to avoid the permanence of laser vision correction have another choice for correction of nearsightedness. If a patient decides to get laser surgery later or opts for a still undiscovered procedure at some point in the future, the ICL may be removed.

What Makes the Visian ICL Different?

Although the Visian ICL is often informally defined as an ” implantable contact lens,” in the United States, the “ICL” in the Visian ICL stands for “implantable Collamer lens.” This designation acknowledges the unique material that comprises the lens.

Unlike other phakic IOLs, the Visian ICL is made from Collamer, a unique, organic lens material, designed especially for the Visian lens. This proprietary lens material has greater biocompatibility than acrylic and silicone lenses. Collamer does not cause a reaction inside the eye and contains an ultraviolet filter that provides protection to the eye.

The safety and effectiveness of the Visian ICL implantation procedure has been proven with over 55,000 implants worldwide as well as recent U.S. FDA approval. Unlike corneal refractive surgery, the Visian ICL does not permanently alter the structure of the eye. Instead, the phakic IOL is placed in the eyes’ posterior chamber, where it works with the natural lens to correct vision.

Unlike other phakic IOLs, the Visian ICL is foldable. This feature allows physicians to implant the lens using a smaller incision. The small incision procedure is a technique that is familiar to eye surgeons. The Visian ICL requires a 2.8mm to 3.0mm incision as opposed to the 6.0mm incision required by other FDA-approved phakic IOLs. This smaller incision is seen as less invasive, does not require sutures, and is astigmatically neutral.

The Visian ICL is meant to stay in the eye indefinitely. However, if overcorrection or undercorrection occurs, a complication develops, or a patient’s vision changes, the Visian ICL can be removed or exchanged by a trained ophthalmic surgeon. 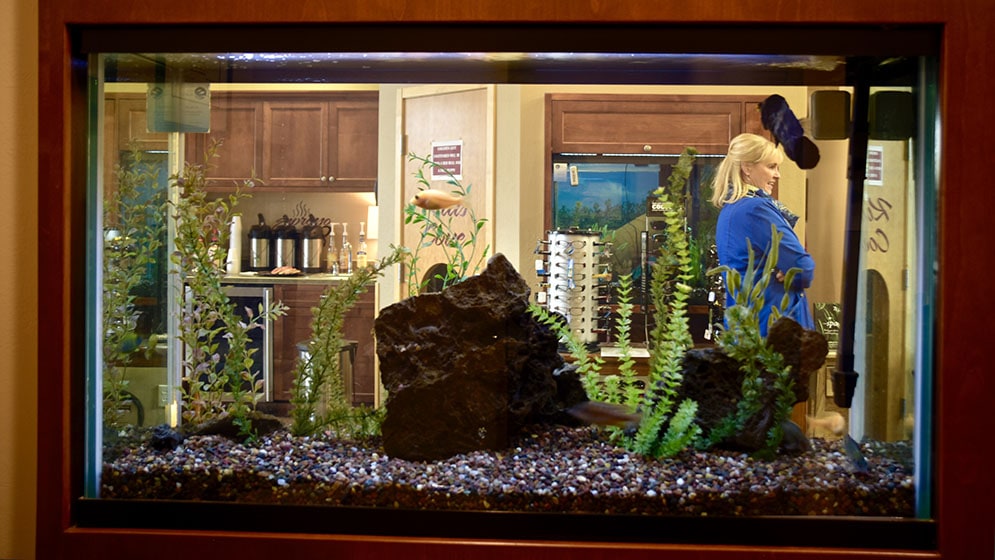 At Bergstrom Eye and Laser Clinic, our goal is to provide the highest quality of care in a compassionate and ethical manner. We believe that vision is one of our most precious gifts.

I was very impressed by Bergstrom Eye and Laser Clinic from the very moment I scheduled my first appointment. All of the staff treated me with care and professionalism. Each person I had contact with treated my like I was the only patient, which was refreshing. All my questions were answered and I never felt rushed. My vision is near perfect. I wish I would not have worried so much about the surgery. I would never hesitate to recommend Dr. Bergstrom and his staff.

My experience was wonderful. I have worn glasses since I was in 4th grade. I just continued to get nearsighted. I couldn’t even see the large neon lights on my alarm clock on my nightstand before my surgery. After surgery I could already tell the difference. I could see without my contact lenses. It is so wonderful to not have to put in my contact to see in the morning. My healing process went well also. I had very little pain and only used drops when my eyes were dry. I would definitely recommend Dr. Bergstrom’s clinic to anyone thinking about Lasik eye surgery.

There is no better feeling than waking up in the morning and not having to put on my glasses or put in my contact to do everyday activities. Once again, I would like to thank Dr. Bergstrom and his staff on the tremendous job.

I had a very positive experience starting from my inquiring phone calls to the day of my actual surgery. The lady who spoke with me on the phone made it possible for me to be able to get my appointment time sooner than the date she has quoted to me. I had a specific reason to get in sometime sooner in the next 2 weeks because my husband travels and he would be home to be my driver. She strove to accommodate me. I live 80 miles away. The personal service and the Lasik surgery were a very positive experience. Everyone was very kind and patient in answering my questions. I would highly recommend Dr. Bergstrom.

My surgery experience was great. I was taking classes out of town over the summer so I wasn’t sure if I would be able to fit surgery in. The staff at Bergstrom Eye and Laser Clinic, however, was more than helpful in accommodating my schedule. Now that I am back at school at Cornell University in Ithaca, New York, it is great not having to worry about my vision. Thank you Dr. Bergstrom and staff.

I've had poor vision since 3rd grade. I was almost a -1300 when I came to see Dr. Bergstrom. I have been told for years by other doctors that my vision was “too bad” and that Lasik surgery was not for me. Dr. Bergstrom and his great staff did a number of tests on me and the final conclusion was I could finally be helped! I had my 1st surgery and 10 diopters were take off which means I was a -1300 and today I am -3.00. In a few months I will have my next procedure done to totally correct my vision. What I appreciate most is the in-depth care from the entire staff. Everyone has been so friendly and has celebrated along with me and I can finally see after almost 40 years of very poor eyesight. Dr. Bergstrom is always willing to see me with dry eye issues or contact lens changes in my eyes in the 1st healing part after my surgery. The aftercare is fantastic and so personable as well. And last, but not least – Teri, you’re the best! Always a smile on your face to share!

Thanks to Dr. Bergstrom, I was able to have Lasik surgery. Due to my complex medical conditions, no other doctor would dare to perform Lasik on me. Dr. Bergstrom and his staff did a lot of preliminary testing on my eyes free of charge, to insure I was a candidate for a safe and successful outcome. My vision is almost perfect and still improving everyday, just like they had explained to me. It’s amazing and I still can’t believe it at times! I wore glasses for over 35 years and now I can pick out sunglasses. Our children are amazed that Mom can see the alarm clock on her bedside. I am too! Than you Dr. Bergstrom and staff for the freedom my new eyes give me.

I could not be happier with my lasik surgery. The only regret I have is I wish I would have done it years ago. I do not miss my contacts or my glasses. I love being able to see clearly when I wake up, and no hassles with lenses. Also hats off your your staff – very professional, knowledgeable and caring. My experience was an excellent one. I would recommend your service to anyone. Thank you.

Before surgery I couldn’t cross a room without my glasses and/or contacts. For someone who had such bad astigmatism, contacts didn’t work well for me either. This surgery was a dream of mine for years. Such a dream, I forgot to be nervous until minutes before the procedure The actual surgery was painless and not even uncomfortable but WOW was it strange seeing things so close. After (my nap was relaxing) I could already see – even better than with my glasses. It’s been months since that day and I still can’t believe I don’t need corrective eye wear and I even forget that I don’t have to take out my contacts and not reach for my glasses in the morning. This has been a life changing and awesome experience for me and thankfully, I was an ideal case.

Amazing! In less than 24 hours, I had 20/25 vision. Now I have 20/20! It is a blessing to be able to see perfectly at any given time! The staff have been wonderful in assisting and answering questions! This is the best purchase/investment for the amount of money I’ve ever spent! The actual surgery was a cool experience too. Thanks to all at Bergstrom's clinic.